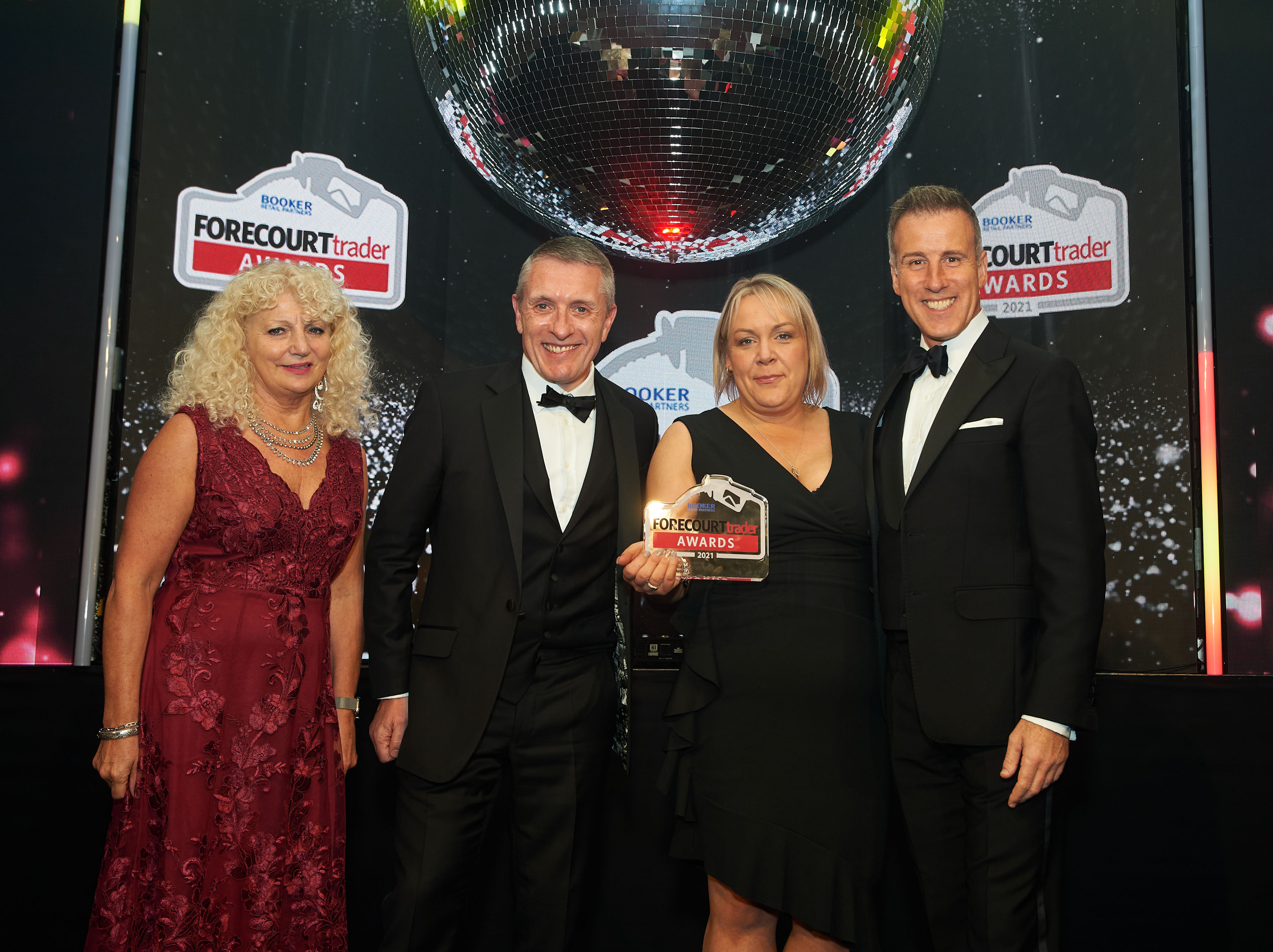 The recently opened SPAR store and service station in Maryport, Cumbria, won the best station in northern England in the category of selling up to four million litres annually.

Completed in February 2021, and operating under the G&E Murgatroyd name for company owned stores, it is one of James Hall & Co. Ltd’s new generation of company owned outlets.

The new purpose-built Maryport store is Shell branded and features eight fuel pumps on the forecourt. The spacious 3,000 sq. ft. store hosts a variety of services including a Clayton Park Bakery deli counter and Graham Eyes butchery department, together with a comprehensive grocery offering.

It beat off fellow James Hall & Co. Ltd competition in the same category, narrowly edging out returning finalist in the G&E Murgatroyd SPAR store at Warton, near Preston, which won the award in 2019.

Another award success on the night was the Kay Group’s Ruabon SPAR store and Shell service station, near Wrexham, North Wales.

Opened in November 2019, the store, serviced by James Hall & Co. Ltd, triumphed in the category of selling over four million litres annually for the West Country and Wales.

The Forecourt Trader Awards are an annual event honouring the hard work, innovation and creativity of forecourt retailers nationwide, and the ceremony was held at the Park Plaza in London.

Criteria that the judging panel scrutinize are the welcoming and well-maintained facilities; cleanliness and tidiness of both the forecourt and the shop, and the general standard of décor.

Store layout and standards, its atmosphere, and the range, stock levels and merchandising are also key areas of inspection, as well as the services and facilities offered and promotional activity.

Friendly and helpful staff and the ability to maximise opportunities and meet changing customer demands within a store’s local community are also key considerations.

Fiona Drummond, Director of Company Owned Stores at James Hall & Co. Ltd, said: “I’m ecstatic that our new Maryport store has won such a highly regarded and prestigious accolade within 12 months of opening.

“Our fantastic, reliable, and committed team of staff at Maryport consistently work hard and have provided residents in that area of West Cumbria with long-standing support over many years. This success is theirs and is richly deserved for that dedication.

“Our team at Warton can be very proud of the high standards they set at the store too, and it is a great credit to them that they returned to be finalists after winning the award a couple of years ago.

“I was also delighted that our long-standing independent retail partner the Kay Group won an award for the Ruabon store and forecourt on what was an extremely successful night for the SPAR brand.”