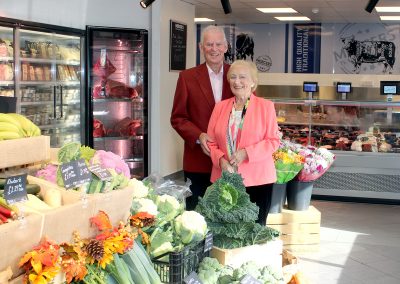 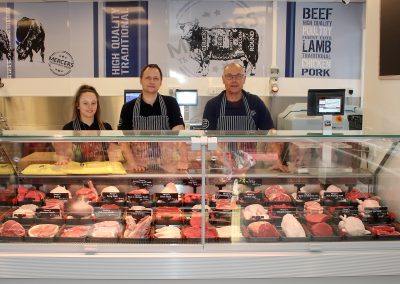 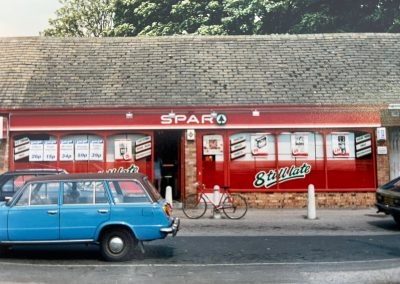 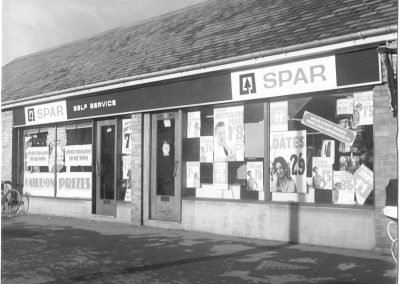 “It has certainly lived up to expectations. The store looks absolutely fantastic and is a real asset for the village of Longton.”

That is the view of Lawrence Hunt, 86, as he surveys the newly refurbished Longton SPAR store, two major refits and 61 years after he first opened it.

Lawrence, now retired, has lived in Longton all his life, and first opened the SPAR shop in the village as the middle two of a row of four shop units in 1960.

Fast forward to 2021, and with the business now under the stewardship of his son Kevin, the store has expanded its size across all four units of its building in Liverpool Road.

It will continue to be serviced by James Hall & Co. Ltd, SPAR UK’s primary wholesaler and distributor for the north of England based in Preston, as it has been since it first opened six decades ago.

The refurbished store opened to much anticipation in the village, and Lawrence and his wife Jean were on hand to cut the ribbon at the grand opening.

Current members of the Hunt SPAR team supported the opening, including new store manager Debbie Deeley. Recently retired supervisor Linda Jones, who worked at the store for 35 years, also took up the invitation to attend.

The latest 1,000 sq. ft. expansion of the Longton SPAR store has seen the introduction of a high quality Mercer’s butchers counter, open from 7am until 7pm Monday to Saturday, and from 8am until 4pm on a Sunday.

Other developments in the latest refit have seen the Post Office, acquired in February 2020, move into the store from the building next door, open from 8.30am until 5.30pm.

There has also been an extension of the current sales space so customers can shop in greater comfort, including larger chilled food, frozen food, grocery and off-licence ranges, and a new ATM has been installed.

Lawrence said: “The new store is very impressive and it is amazing over the years to see how it has developed and now takes up the whole block.

“We have decided to put the butcher’s counter in as we believe there is the demand from customers in the area for high quality, locally sourced meat.

“I think the colourful produce that welcomes you at the door looks super as well – again all locally sourced – and the Post Office has its own dedicated space to the benefit of customers.”

The Longton shop’s development over the years has progressed steadily, growing alongside the Hunt empire of independent retailer SPAR stores that now amount to 23 across Lancashire, Merseyside, Cumbria and Greater Manchester.

Nearby Walmer Bridge was the first of the Hunt stores, owned by Lawrence’s father and Kevin’s grandfather Jack, and it was Longton all those years ago which began the journey of expansion.

Kevin said: “I’m delighted with the result of the Longton store renovation, and the team have been nothing short of brilliant to ready it for business in such a short turnaround time.

“The store is visually stunning and has everything you need in terms of stock to support a community. Given the historic family connections to Longton, it is doubly pleasing that we have been able to successfully relaunch the store in village that is close to our hearts.

“We have a great new store manager in Debbie Deeley who is outstanding at community engagement, and I know Debbie and the team are looking forward to welcoming customers old and new into the store.

“The Longton store refurbishment has also meant the continuation of a long-standing and fruitful partnership with James Hall & Co. Ltd who have been with us and supported our ambitions as independent retailers over many years.”