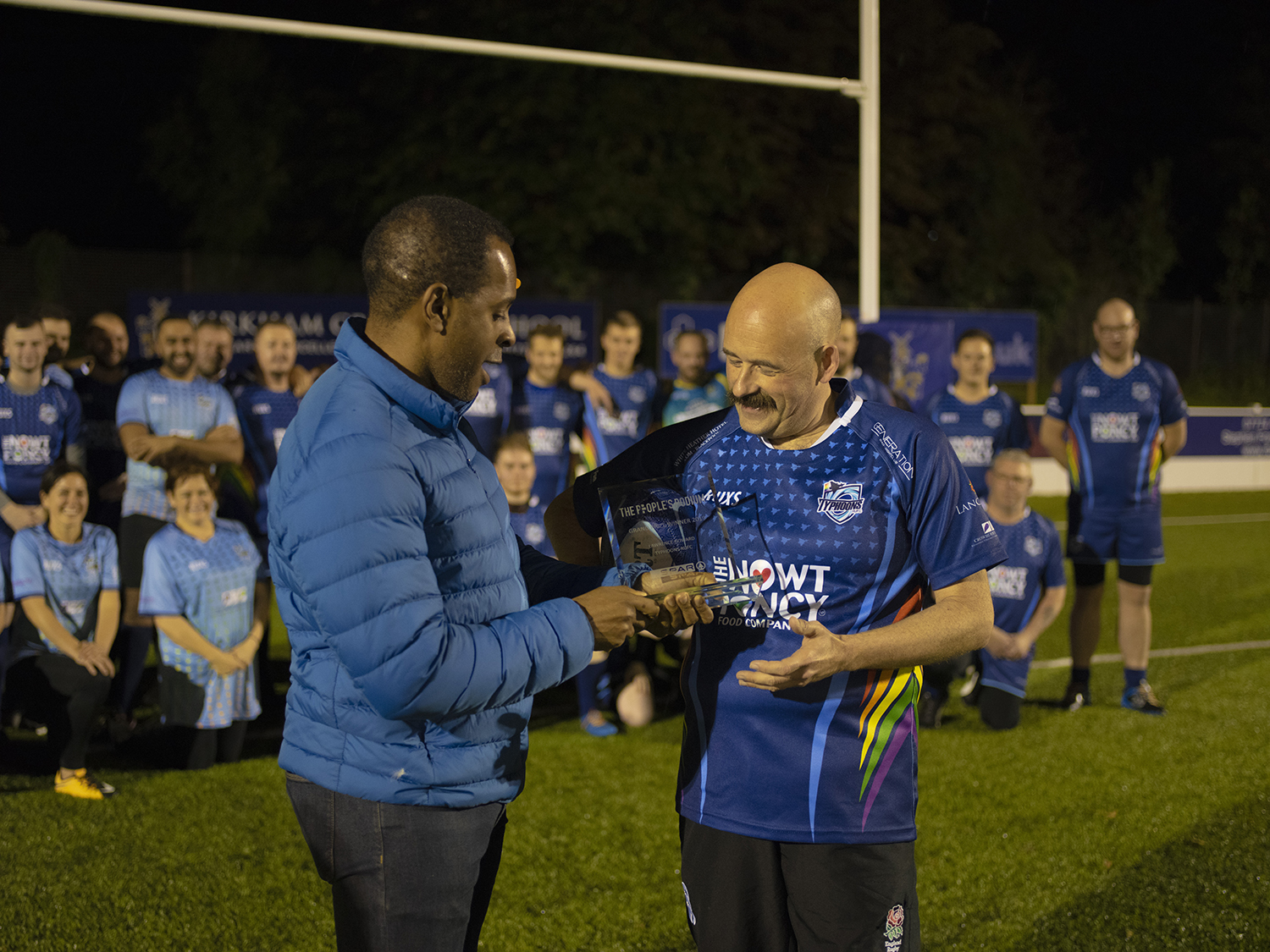 Lawrence Howard, founder of Lancashire’s first all-inclusive rugby team, has been recognised as an unsung sporting hero through a national community campaign run by the UK’s leading convenience chain, SPAR.

Now in its second year, SPAR’s People’s Podium received over 4,000 nominations from across the UK, in a campaign designed to support and celebrate community sport, awarding one grand prize of £10,000 and four runners up prizes of £2,000.

Lawrence, who lives in Preston, set up Typhoons RUFC in 2018 with the aim of creating an adult rugby team that was all-inclusive, regardless of age, sex, gender identity, race, creed, disability or sexuality.

Nominated by team member, Kris Midgley, Lawrence had no idea that he had been selected as a finalist and was surprised by TV presenter Andi Peters and representatives from SPAR on Friday 11th October at Preston Grasshoppers RFU.

Andi presented a flabbergasted Lawrence with a cheque for £10,000, celebrating his fantastic contribution to community sport alongside delighted team members.

Lawrence said: “It’s become obvious that inclusive clubs can be in every community and not limited to big cities. What we’ve seen tonight is a perfect example of how an inclusive rugby club can inspire people from all backgrounds to take up the game.

“It’s such an honour to even be nominated, just to know you’ve had an impact on someone’s life. This money will go towards helping us grow the club, providing funds for training equipment and travel to tournaments.”

In only 18 months, Typhoons RUFC has become one of the fastest growing adult clubs in the North West and in May 2019, the club’s committee was recognised by the Rugby Football Union (RFU) for their outstanding contribution to volunteering within the community.

Now with official RFU accreditation and over 60 members, Typhoons RUFC provides a safe, supportive and community focused environment. The club regularly supports community events such as local festivals and Pride events, and members have even pulled a fire engine across Blackpool Promenade to raise money for the Fire Fighters’ Benevolent Fund.

Louise Hoste, SPAR UK Managing Director added her congratulations and said: “Well done to Lawrence and all of our runners up. They epitomise the type of individuals we look to recognise with this award and they deserve to be celebrated. As a local convenience store business we are proud to be able to reward grassroots sporting heroes where our SPAR stores are situated. We would also like to thank everyone for their nominations. This year’s campaign was an outstanding success; with a record number of contenders.”

Four additional regional runners up were chosen and surprised at their local clubs. Each received the sum of £2,000 and include:

The People’s Podium campaign demonstrates SPAR’s local community credentials and its commitment to always be there for local people and their communities. 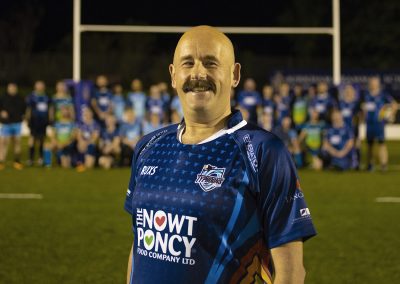