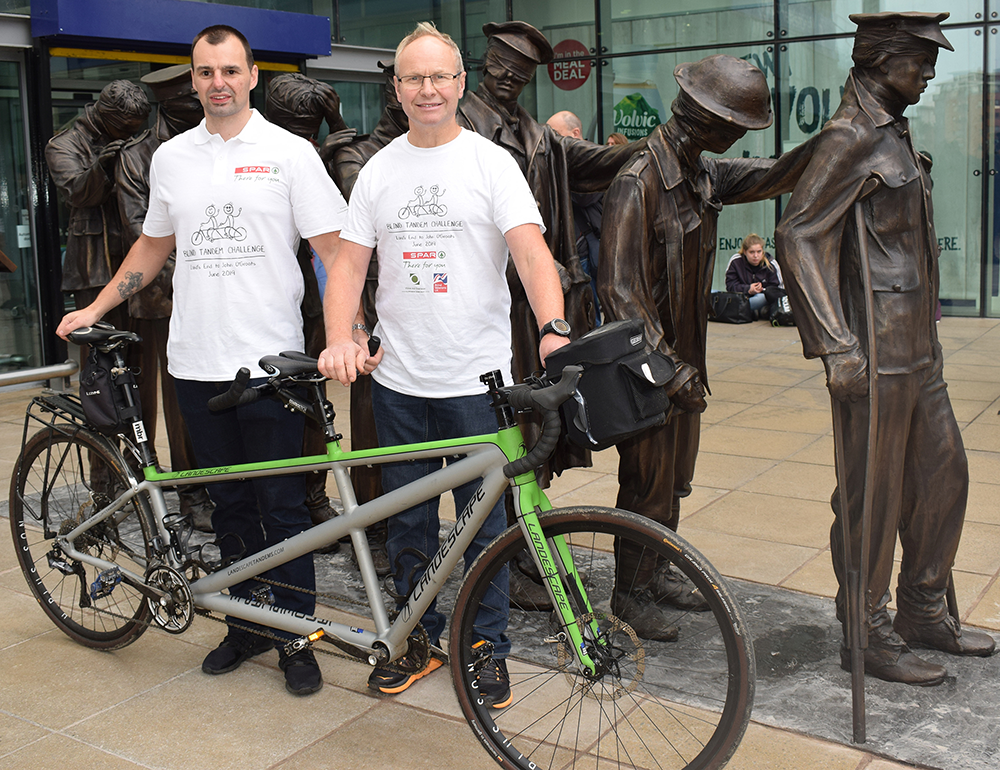 Raising money for Blind Veterans UK and Vision Aid Overseas, Craig ‘Freddie’ Lundberg, a former Corporal in the Duke of Lancaster’s Regiment, will set off on the long journey with sighted pilot Callum Edge. The pair will cycle for 10 days in a row, going all the way from Land’s End to John O’Groat’s.

It’s a challenge Craig didn’t think he’d ever be able to take on after losing his sight during a rooftop battle in Basra in March 2007.

Craig lost his left eye instantly and his right eye was damaged beyond repair. Incredibly, he tried to continue fighting

He says: “I got up and demanded my rifle, but it had been bent by the force of the blast. My mate got me another rifle and I tried to carry on firing. But I only managed a few steps before I collapsed.”

Doctors managed to keep Craig alive but they couldn’t save his sight. Craig was flown back to the UK knowing he would never see again. Blind Veterans UK offered him lifelong support, starting with a rehabilitation course at the charity’s Brighton centre.

Since then, Blind Veterans UK have supported Craig to continue his recovery and he’s now taking on the tandem ride to ensure more blind veterans get the same level of support.

He says: “Blind Veterans UK was always there for me, whenever I needed them. It’s my turn to give something back.”

As well as raising money for Blind Veterans UK, Craig, Callum and the rest of the team will also be supporting the charity Vision Aid Overseas.

The team have been supported by the leading convenience store group in the UK, SPAR, to allow them to take on the challenge. They will continue to be supported by SPAR throughout the journey as they make regular stops at stores each day of the ride.