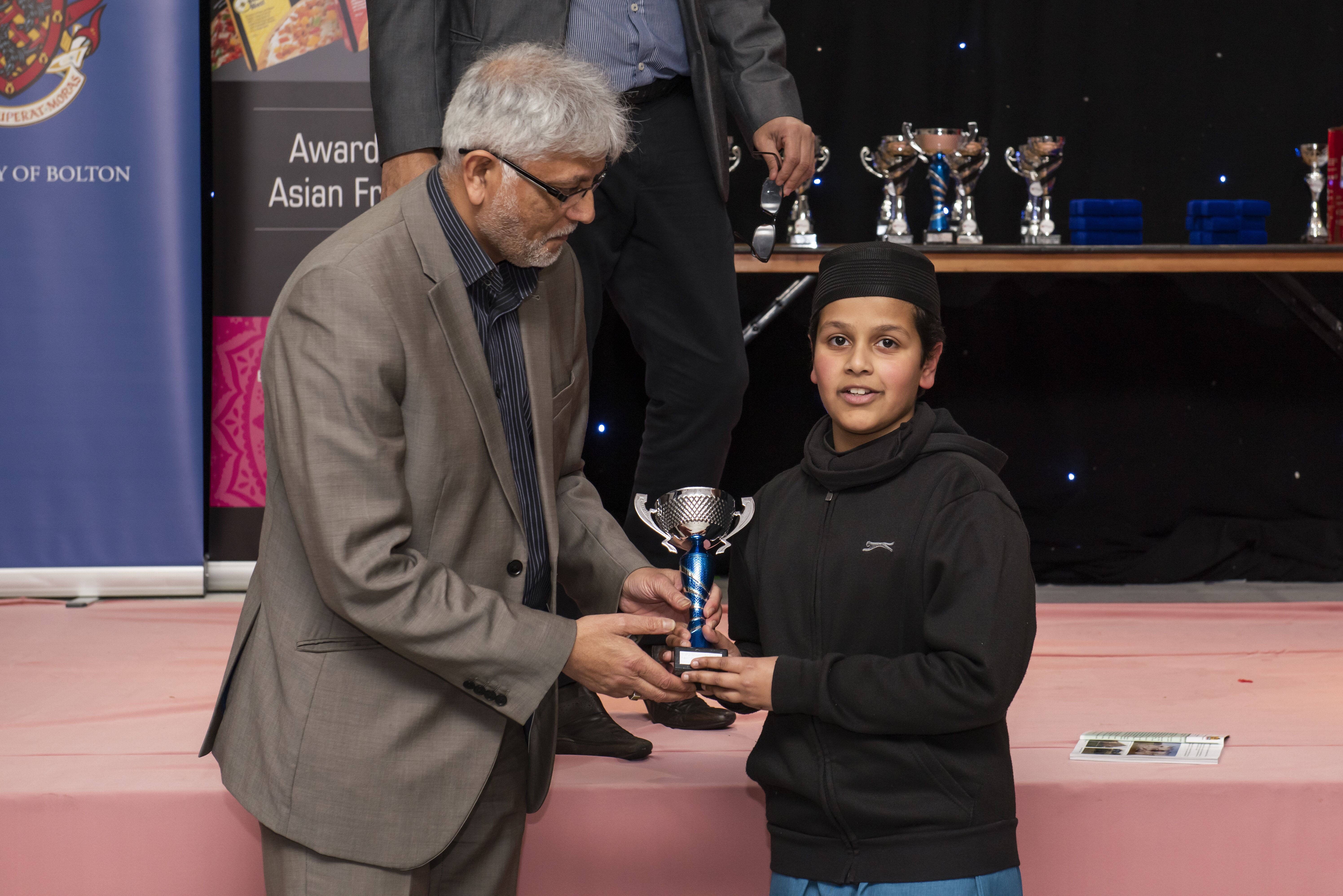 Fazilas has sponsored an event close to the hearts of their local community in Bolton, sponsoring the Bolton Deane and Derby Cricket & Social Club’s 50th anniversary celebration, held at Memory Lane Function & Banquet Hall on the 28th December 2019.

Founded in 1969, many of the members come from low-income households and the club offers children and young people a safe space to play cricket, make new friends and attend regular practises, whilst also providing inclusive cricket for those with learning disabilities.

In celebration of their 50th anniversary, 500 guests came together for a dedicated awards ceremony, celebrating the history and ethos of the club, and the volunteers that make its success possible.

Fazilas proudly sponsored the ‘Fazilas’ Player of the Year’ category for four different age groups. Presented by Iqbal Patel, Administration Manager at Fazilas, four awards were given to young players who had shown great promise throughout the year from the first, second and third team and under 13s.

Iqbal Patel said: “We are absolutely delighted to be able to show support for a local, community organisation that helps keep children and young people engaged, champions sport and provides a safe space for members to make friends and develop new skills.

“Fazilas is a family run company and many of our employees live within the local area. It is very important to us to be able to support such an organisation as Bolton Derby and Dean Cricket Club, with their rich history of providing services to young people within Bolton.”

Guests were also treated to Fazilas canapés, which showcased some of the delicious flavours now available in SPAR stores across the north of England.