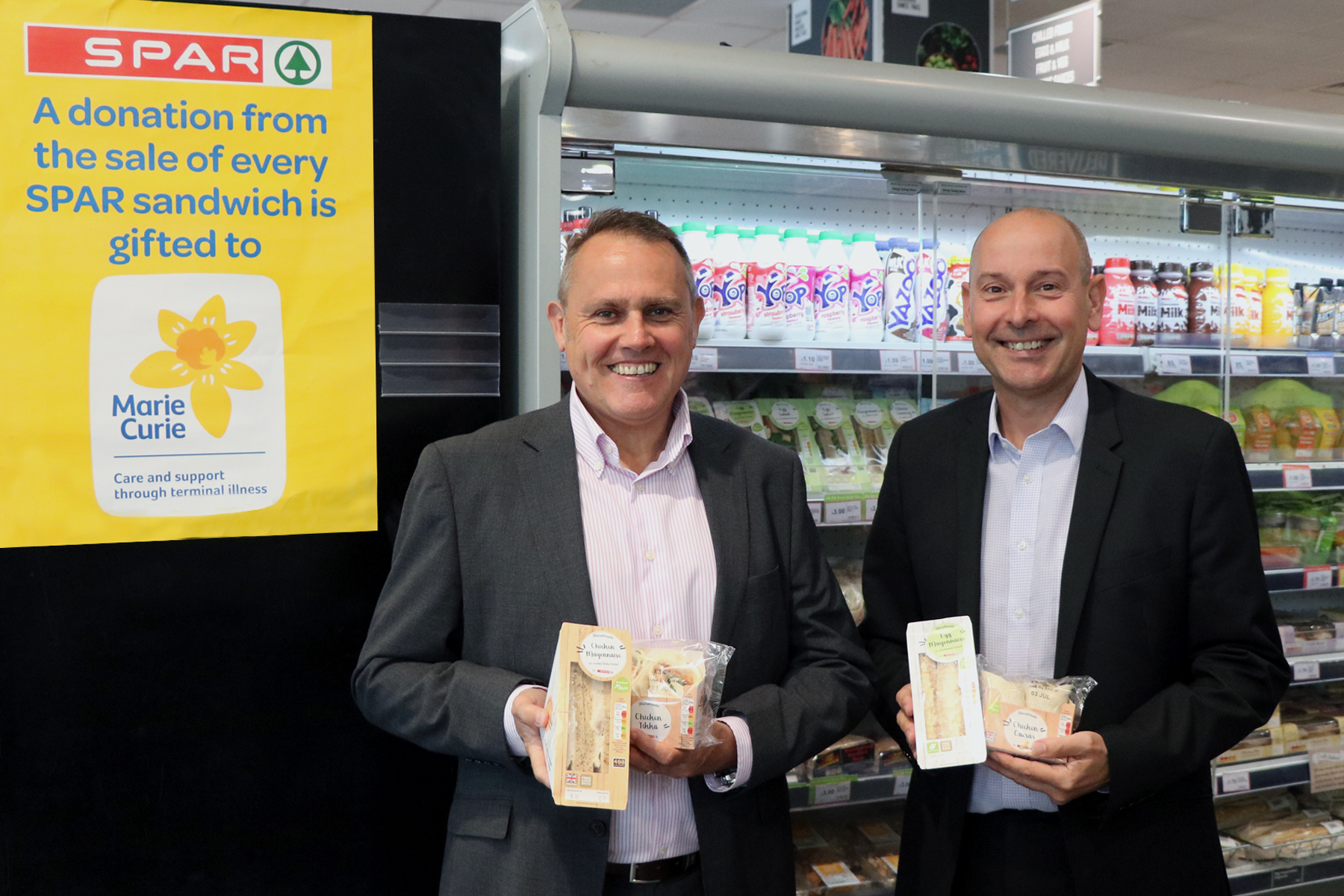 James Hall & Co. are celebrating a huge charity milestone, having donated half a million pounds to charity since 2011, solely through sandwich sales!

Producing its own range of SPAR branded sandwiches, these products automatically generate a donation to charity when sold in-store, with donations totalling £500,000 since October 2011.

Peter Dodding, sales and marketing director at James Hall & Co. said: “We are absolutely thrilled to have reached the £500,000 mark, and this figure doesn’t include all of the other fundraising that the company undertakes such as in-store fundraising, activities within the depot, sponsorship of the SPAR Lancashire School Games and in-store foodbank collections.”

“We have been thrilled to help two major charities since beginning the initiative, the NSPCC and Marie Curie. SPAR worked with the NSPCC between October 2011 and March 2017, and since March 2017, Marie Curie has become SPAR’s national champion charity.”

Peter added: “We are committed to serving local communities and delighted to be able to offer our customers the option of supporting charities through purchasing a SPAR sandwich. We also stock over 45 SPAR branded products that automatically donate a percentage of the sale to Marie Curie, including SPAR Strawberry Jam; SPAR Salted Peanuts; SPAR Cling Film and SPAR Chocolate Cookies.

“Thank you to all of our SPAR customers who have purchased a SPAR sandwich, we look forward to raising the next £500,000!”

James Hall & Co.’s news comes just after SPAR UK announced in January, that it had raised £1million for Marie Curie, since beginning the partnership in March 2017.